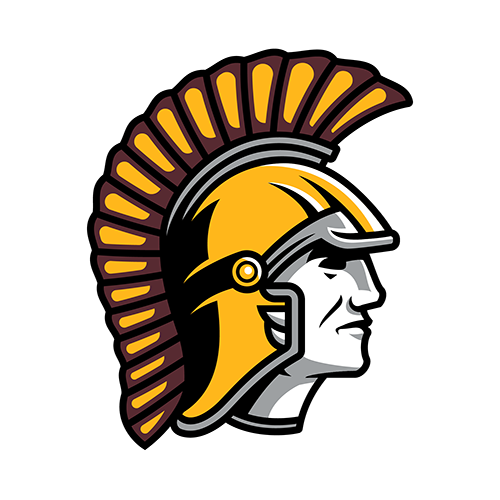 “Inscryption” is the Strongest Strategy Game in Years

Inscryption brings elements of horror, strategy, escape rooms, roguelikes, digital card games, and more, all to create one of the best indie projects of 2021.

Inscryption, the third full game by highly-respected developer Daniel Mullins, is a card-based strategy game that isn’t fully what it seems to be on the surface. Mullins, who is known for his psychological horror and fourth-wall-breaking style, such as his hilariously intense and satanic-themed first game, Pony Island, puts a strong emphasis on subverting the expectations of the player in this most recent release of his.

To be more specific, Inscryption intentionally takes many elements of standard gaming tropes and patterns, and flips them on their head in order to throw off the player. The end result is an unpredictable and even, at times, unsettling experience. For example, some minor details that contribute greatly to the atmosphere and eeriness of the game include a sequence upon opening up the game for the first time, only to see that the “new game” option is completely inaccessible to the player. Others involve being in the middle of the game when a soft, camera zoom effect appears at random. These small hints towards something greater than what appears on the surface all majorly contribute to a constant feeling of uncertainty, and is able to manipulate you into second guessing yourself at nearly every point.

These elements of occasional glitches, combined with seemingly odd design choices are made immediately apparent to the player, and help set up the premise of the game overall. The player, who, for the sake of simplicity in describing the narrative, found a mysterious floppy disc containing the only known version of a video game edition to a defunct trading card game. The player, named Luke, who is essentially playing a game-within-a-game, finds theirself seated at a wooden table in a darkly-lit cabin, with a shadowy figure on the other side (a character whose eyes are the only visible feature to the player). This setting sets an immaculately foreboding and ominous tone, which only gets added to as the game gets into the gameplay itself.

The best thing I can think of to describe the way the gameplay is to make a comparison to another, more mainstream indie title, Undertale. In that game specifically, there is a large emphasis on using the character design as a means of impacting the various encounters you have as the RPG goes on. Undertale’s greatest strength is that the game puts a focus on the player taking actions to contend the enemy. Characters who are shy require you to make them comfortable, or, alternatively, characters who have a, for example, spider character design, attack using spider shapes in the bullet-hell style fighting system. To me, Inscryption takes a similar approach to this idea of allowing the atmosphere and design of the game to impact the way you play the game itself. The end result is an incredibly immersive experience that is impossible to tear your eyes away from.

This digital card game involves you playing against a dungeon-master-esque character who sits across from you at the table. Your goal is to progress through a map of encounters in the card game in order to have a final battle against the dungeon master himself. If you lose the game before this point, however, you are killed by the figure. This leads into an aspect of the game that ties back to my original point of the game flipping standard game mechanics on the head, which is the introduction of “deathcards.” When you lose the game, the figure opposing you prompts you to create a card in the visage of the player. To do this, you are randomly given three sets of three cards from your deck. The first set of three allows you to pick the cost of the card; each card costs a certain amount of “sacrifices” to be played, or, in other words, you have to discard a certain amount of cards already in play in order to play a new one. The second set of three lets you select the attack and health numbers – the amount of damage a card can do, and the amount of damage a card can take before it “dies.” Finally, the last set gives you the ability to pick the “sigils” from these former cards. These sigils, which are symbols placed on your card, give your card a specific playing style that differs from the rest (cards may attack in different areas, move around the board, or may be instantly played for free if a card on the board is killed, all depending on these sigils). These three decisions are then placed onto your “deathcard,” a card made to represent the player theirself. The player, then, has a photo of them taken by the figure, which, through some form of magic, effectively kills the player and turns them into that card. Though the figure recognizes you as another player, you are returned to the beginning of the game, only now with the deathcard being able to appear as a usable card later on. This unique mechanic allows the player to grow stronger over several runs, and, especially depending on the cost, can make it incredibly easy to go as far as to break the game.

Through the map, not only are there encounters with more battles, but also various ways to boost and improve the deck. Based on where they choose to go, the player may find many of these methods of deckbuilding, each with a disturbing twist. For example, the player may gain up to three items that may help you in a game (free squirrels that don’t have to be drawn at the start of your turn, the ability to cut one of the dungeon-master’s cards, and more). However, despite many of the items being fine, some have much more disturbing and intense undertones that become revealed when put into play. The only instance of this at the beginning stage in the game, though, is a set of pliers, which the figure says he will allow the player to “tip the scale” with. The catch is, though, that the damage counters being used for the scale are teeth, and that using the pliers triggers a sequence that shows each player’s character pulling a tooth in order to get an extra point of damage on the scale. Despite the shock and brutality of this scene, though, the game doesn’t show much in the way of gore.

The player may encounter many other things along their progression through the map, though, such as the ability to sacrifice a card with a sigil, which allows the player to put the sigils of that card onto another. Yet another encounter along the path is a group of hungry travelers that invite the player to boost either the attack or health number of one of their cards. Despite being guaranteed to get at least one boost here, the player may choose to push their luck, which risks the card being eaten by the travelers, removing the card entirely from the deck. The only additional element here is a secret; if the player allows the travelers to kill a ringworm card, which is almost useless, with no attack, one health, and a cost of one sacrifice, it will kill the travelers and make it so that the player can, risk free, continuously boost the stats of a card.

Every single aspect of this gameplay style is immaculate. Not only was the rustic, wilderness-themed aesthetic completely amazing, but the card game itself, even at its most frustrating and difficult, never stops being completely enjoyable, and that’s for a few key reasons. Most notably, when it comes to the storytelling aspects of the game, it is revealed that many of the cards in the player’s hand are genuinely alive. The stoat, for example, which is a starting card in the hand of the player, begins talking to the player directly, with his dialogue appearing where the name of the card would normally be. This card, as well as others that appear as the game progresses, add a completely new dynamic to the atmosphere the game creates. It easily sells the idea of danger, uncertainty, and unpredictability from the very beginning of the game, all due to the simple fact that the only other being besides you and the figure are cards, which ask for the player’s help, have the player do certain tasks (more on that soon), and even go as far as to mock or appraise the plays you make in the game.

This brings me to my second point, which is this idea of being in a position where you aren’t just looking to win the card game, but you’re also attempting to escape. These cards give the player specific instructions to get out, with the player having the ability to, in between encounters, get up and move around the cabin. Suddenly, the focus isn’t just the card game, but also what is, essentially, an escape room.

At this point in the game, Mullins has been able to find a fully perfect way to combine elements of horror, strategy, escape puzzles, and roguelikes (games that require you to strengthen and progress over multiple runs) into a single game, which, despite sounding convoluted and messy, is a gameplay style that is insanely engaging. Not only does it make it easy to start getting more and more hyped about building your deck, but it also builds real emotional attachments to the cards being played, either because the cards were built by the player or the cards are talking back to the player directly. With each playthrough, and with each additional card, the stakes become higher and higher, and it’s impossible not to be fully immersed in the aesthetic by just the first few moments. Despite the tense situation, the deck begins to make the player feel more and more powerful in the game as they go through it. Instead of feeling hopeless, the player begins to feel like they’re on the same level as the game master himself. Despite the game continuing after this, and having played through it, I feel as though the best thing I can do here is to say as little as possible past this point. The game goes into unbelievable directions, and, if this description sounds interesting, I highly recommend Inscryption to anyone who is a fan of strategy and puzzle-based games.